“You Shall Love Your Neighbor As Yourself” (Leviticus 19:18)


The Craziest Internet Scam Ever

For the past two weeks, I have been inundated with calls (primarily men aged 20 through 30) who want to sell their poop to our firm.

People Are Calling To Sell Their Poop

That’s right…this is not a typographical error…people are calling us to sell their poop (at $500 per poop).

The people calling us trying to sell their poop believe that they have been flushing cash down the toilet.  They are upset that they haven’t been profiting from the most basic of all human experiences.

When I tell the men calling us that we do not purchase poop, many of them yell at me and accuse me of lying.

After several calls, I decided to look into “why” these men were suddenly calling our company to sell their poop.

I tried to figure out if I had done something wrong or otherwise given off a “vibe” suggesting that we were in the business of hoarding poop.

I discovered that there is a website that purports to buy the poop of young men for $500 per poop.   The website claims to use poop to cure diseases in others.  This website has been getting promoted on TikTok and millions of people around the world now believe that their poop has great value.

A link to the website is here, and a link to a British tabloid that reported on this scheme (as if it is real) is here (the screenshot is below).

If you click the above links, you will notice that the company that claims to purchase poop has no telephone number, address, or PO Box.  I searched California business records (the poop company claims to be in California), and according to the California Secretary of State, it does not exist.

According to the website, among the considerations for whether or not you can sell your poop include (i) whether you are a good, average, or champion athlete, (ii) whether you were born vaginally or through a c-section, and (iii) how often you were breastfed as an infant.

It is a scam to get people to give up their personal information.

The poop company’s screening questionnaire asks all sorts of questions that, if answered, allow them to steal people’s identities and potentially loot their bank accounts.

That’s right, offers to purchase poop are phishing scams to trick people into giving up their personal information.

What you need to know…

BE CAREFUL BEFORE YOU GIVE PEOPLE YOUR PERSONAL INFORMATION!!

Many “free” offers are like that.  They are just scams to steal money from innocent people who can’t resist a “good deal.”  And it is impossible to find a better deal than an opportunity to sell your poop for $180,000 per year.

Just like selling your poop has no basis in reality, neither do advertising prices for any good or service that are “too good to be true.”

Don’t get me wrong…I like a bargain more than just about anyone you might know.  But there is a big difference between a great price and false advertising and a scam.

My simple advice is if someone tries to tell you something too good to be true (like suddenly someone telling us our poop is worth hundreds of thousands of dollars per year) and then starts to ask a whole lot of required questions that will allow them to empty your bank accounts, get away as fast a possible before you are eaten. 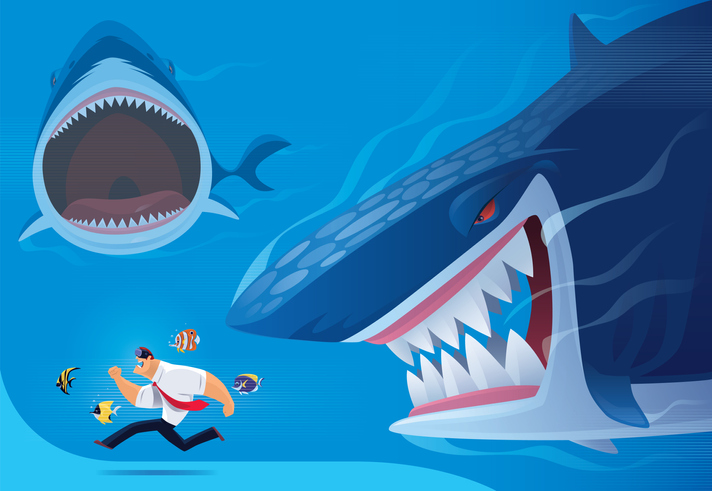